This chapter is about how the Slow Lane can heal democracies. In our first story, we follow the story of families in Navajo Nation who fight a diabetes epidemic and a long history of oppression by reimagining their food system, drawing on long-lost traditions. Their latest wins on a journey that spans generations: The first junk food tax, and a thousand wellbeing projects. And along the way, women and girls get a real taste of power.

A Hard Truth in a Child's Purse

In 2011, the nine-year-old girl stepped up. She was suffering from diabetes, like so many other children and grown-ups in her community. Nine years old and already suffering from a chronic lifestyle disease. A lifestyle disease is a disease you get not from infection, but from the way you live. When I was nine, I only knew of old people suffering lifestyle diseases after decades of unhealthy diets, alcohol, or tobacco use. How can a girl get diabetes? She might reply “Welcome to Navajo Nation”, the tribal territory established by the U.S. government to return some control and dignity to indigenous people after centuries of injustice.

She might also add that it wasn’t her fault. It was hard to get healthy food in Navajo Nation (also referred to as Diné Nation). 99% of Navajo Nation is a food desert. And there was an inexplicable 6% tax on fresh food like water, fruits, and vegetables. A healthy food tax, in a food desert. The Navajos were traditionally healthy and food sovereign, but historical oppression, displacement, internment, and the contamination of land all contributed to the dramatic decline of traditional food systems. Children now grew up in places where stores sold mainly processed and junk food, with minimal-to-no nutritional value. It is not surprising that diabetes had become an epidemic, on track to affect seven out of ten people. A nine-year-old in Navajo Nation never stood a fair chance to avoid the illness.

It Takes a Special Kind of Tribe to Step Up

So she stepped up. She gathered her courage and stood up in front of the Navajo Nation Tribal Council and opened her purse to show them what she carried. A diabetes kit. She then asked the tribal council to help her and her community. Wasn’t it an emergency if children like her got sick? A girl in need of a diabetes kit, however compact, had to be the end of the line for incremental progress. Among other ideas, she proposed that the Tribal Council remove the 6% tax on healthy food. And instead put a tax on junk food.  For three years, she kept returning to the tribal council until the Tribal Council removed the tax on healthy food. In 2014, it passed the Healthy Diné Nation Act, becoming the first government in the U.S. to put a 2% tax on junk food. The law seeks to promote healthier lifestyles and diets, and stipulates that proceeds of the tax have to be invested in community health programs. It has raised $7.5 million to-date, funding over a thousand community wellbeing projects led by community members, including hiking trails, playgrounds, greenhouses, cooking classes, traditional food education, and youth participation projects. Further, the government rolled out food voucher programs specifically for fruit and vegetables, to encourage stores to stock more healthy food.

As a proposition, the tax proposal was both compelling and sophisticated. It takes a village, or in this case a tribe, to produce such a proposition. The young girl didn’t act alone. She was supported by her family. Her family, in turn, was part of a movement with countless other families. Holding the alliance together was the job of Denisa Livingston, a local activist and organizer of the Diné Community Advocacy Alliance. Together, they learned about public health, about how to change laws and taxes. They also worked together to change their lives to become healthier because a tax alone wouldn’t keep diabetes away. And like her movement, communities everywhere are becoming better and better at creating such compelling alternatives. They don’t shy away from problems, are not afraid to act or to take ownership.

Denisa channels a constant flow of ideas, people, issues, traditions, support, politics, and science into a community movement for empowerment and health.

Even through the keyhole perspective of a Zoom call, Denisa projects a bold vision and carries her vibrant community into our conversation. One minute we admired the colorful variety of her family’s ancient corn harvest, the next she shared pictures of Covid-19 hygiene kits her movement had produced, when government offices stopped functioning for lack of personal protective equipment. Denisa channels a constant flow of ideas, people, issues, traditions, support, politics, and science into a movement for empowerment and health. She doesn’t own or control this movement, but it would be hard to imagine it without her. Denisa is part of a tradition of community leaders who are deeply connected locally and globally in real time. Regular exchanges with peers from around the world help her hone her skills and tactics.

Denisa is much more than an activist seeking a legislative win. When she speaks, I notice the intimacy she has with the families in her community. She is always there for them. In this, she is not unlike Yuraima, César, Doris, and Father Joseito in Catuche (see Story #8). They, too, have lived and worked in a way that is deeply embedded in the community – for decades. This permanence builds trust. And enables them to embody a bigger journey. Denisa says, that she is a steward for a bigger vision for social change, never taking her eyes off the deeper injustices that her community needs to solve. She describes her work on food systems as nurturing a social gastronomy. As the Slow Food movement's indigenous councillor for the global north, she is part of a global community that tries to restore traditional food systems and relationships with people, plants, and animals. She says that her journey started generations ago, when her grandmother fought contamination through government-sponsored, unprotected uranium mining. She carries on the work, as she reclaims contaminated land to revive traditional food practices. In her mind, the organizing efforts will be passed on for generations to come, always grounding their Slow Lane movement in the wisdom of ancestors, and needs of future generations.

Some will step up to be the movement's drivers, others will be copilots, or passengers. There is no judgement in her saying this.

From the moment I first met Denisa, she struck a deep cord in me. Almost thirty years after Yuraima turned my expectations of excellence on its head, I had the same sensation. Three thousand miles from the urban slum in Caracas, Denisa's community organizing was not just improving health outcomes, but also decolonizing a community, and healing democracy. She is leading her movement not by telling them what to do, or where to go, but by providing permanence and by being of service. Her service is to help people find their role in an eternal struggle, to build up their courage, nurture an identity. Some will step up to be the movement's drivers, others will be copilots, or passengers. There is no judgement in her saying this. She takes pride in curating these different roles as equals, from speaking up at the tribal council to posting a support video on TikTok.

Community organizers like Denisa succeed when they balance whatever urgent battle mobilizes the community right now, with a long-term mission. In her movement's actions, there is always a strong undercurrent to restore justice, confidence, identity, ecosystems, traditions, and community. They will simply not do things or behave in ways that undermine the long-term mission. In this way, their way of practicing the Slow Lane Principles makes a much wider contribution. They energize democracy, by aligning with a much wider sea-change that is under-way, and has led to more and more indigenous women gaining positions of power. In 2020, a record three Native American women got elected into the US Congress. Social change always involves a change in power structures, and Denisa's movement restores a long tribal tradition of involving women in decisions. In recent years, women (and girls) have struggled to get heard by the Navajo Nation Council, where just two of twenty-four members are women, and most members listen to incumbent (male) lobbyists. Denisa's movement rebuilds this tradition of sharing power, by helping women and girls reimagine their roles, and reclaim power. They tap into global knowledge, experience success, hone their skills, and contribute sophisticated plans. The historic Healthy Diné Nation Act (renewed in 2020), and the many successful community wellbeing projects, proved them right.

I am left grappling with how we might ever put a value on her movement's contribution. What would it take to build anything like this movement?

As I listen to Denisa and follow her journey, I am reminded of how universal the principle of holding our urgency is. She says that her movement is very conscious that data, information, and relationships move at the speed of trust. I am also left grappling with how we might ever put a value on her movement's contribution. Imagine, what it would take to build anything like her movement, the way we might imagine building a school. A movement mobilizing a community around audacious hope, and ideas for a better future against all odds. A movement nurturing families through an endless series of setbacks, to retain hope on this long journey. Denisa's alliance is bound by empathy and compassion, serves the community, builds strong personal bonds, helps out when institutions fail. What she strives for, indigenous culture and public health, are public goods desired by everyone in her society and government. Her movement knows how to channel frustration, and setbacks, into constructive ideas that members of her community can act on or present back to public leaders. Ideas backed by science. And, to round it all off, it propels families, and in particular women and girls, into knowing that they can change things, that they can gain power.

in·​valu·​able: Something so precious, that one cannot assign a price to it.

My take-away here is this. The Slow Lane is full of audacious visions for the future, that may or may not come to fruition. But in the process, the Slow Lane produces incredible value through community organizing, creating a platform for democratic participation to people who have long been excluded. Their ideas, voices, actions, and values make our democracies richer and more resilient.

I hope you enjoyed this story. Please, don't forget to send my any comment or feedback, and share this post with others who might enjoy it. In my next story, I will continue exploring the democratic healing of the Slow Lane by contrasting my experience with the divisive Catalan independence movement, and the peaceful abolition of the abortion paragraph from the constitution of Ireland. 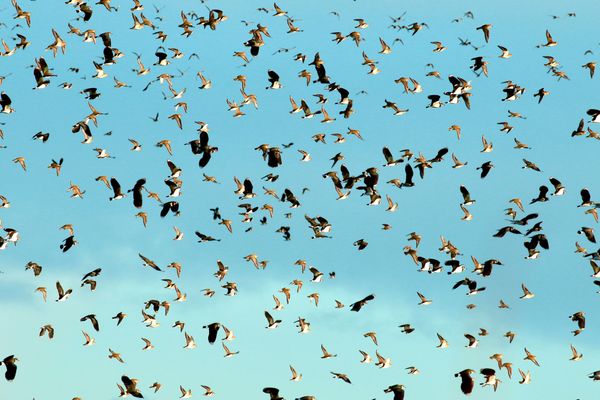 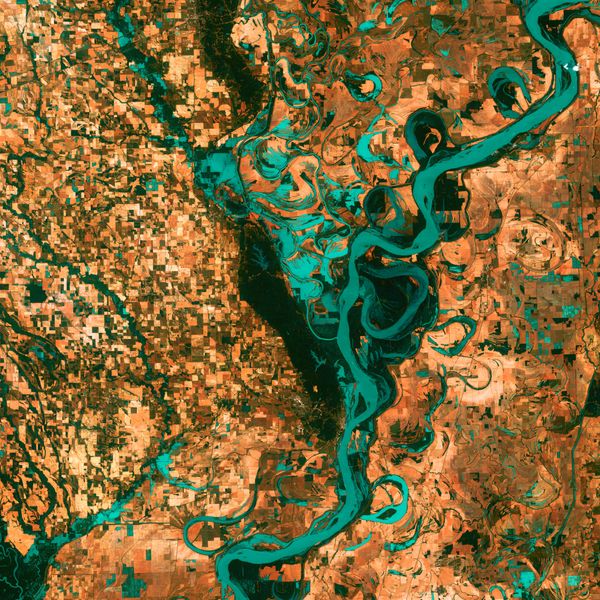 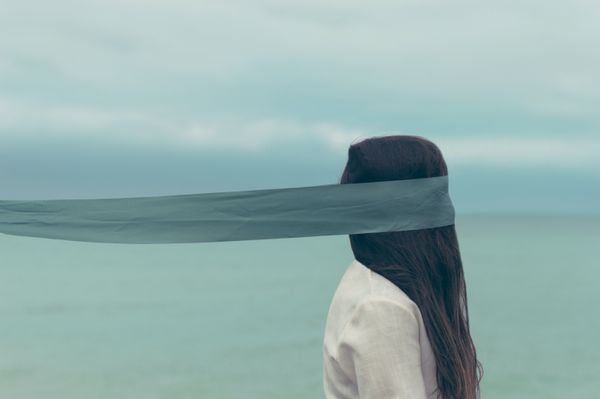